Posted on&nbsp12 May in Uncategorized

Wildlife authorities in Northern Australia probably did a double take after this sighting along a highway: a three-eyed snake. Rangers discovered the 16-inch baby carpet python in March, just outside of a town called Humpty Doo, according to a Facebook post. It was generally agreed that the eye likely developed very early during the embryonic stage of development. It is extremely unlikely that this is from environmental factors and is almost certainly a natural occurrence as malformed reptiles are relatively common. An X-ray of the creature showed it was especially unusual in that it had one skull with an additional eye socket and three functioning eyes, not two separate heads forged together. Prof Bryan Fry speculated the third eye might have been “the last little bit of a twin that’s been absorbed.” The three-eyed snake was nicknamed ― what else? Monty Python.

Snake expert Prof Bryan Fry of the University of Queensland told the BBC that mutations such as an extra eye are a natural part of evolution. “Every baby has a mutation of some sort ― this one is just particularly coarse and misshapen,” Fry said. “I haven’t seen a three-eyed snake before, but we have a two-headed carpet python in our lab ― it’s just a different kind of mutation, like what we see with Siamese twins.” “It’s remarkable it was able to survive so long in the wild with its deformity, and he was struggling to feed before he died last week,” Ranger Ray Chatto told News.com.au. Although the Facebook post showing the three-eyed snake attracted lots of attention, at least one commenter didn’t think the animal was the weirdest part of the story. “Not even disturbed by the three eyed snake … just incredibly amused that there’s a place called Humpty Doo,” Alysha Day wrote. 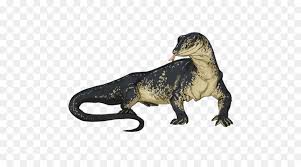 ‘Terror in Davie’ “Dude, he’s big ― real big,” That might sound like the title of a B movie, but it’s a real-life nightmare for a family of four in South Florida who are being harassed by what looks like a prehistoric reptile. Zach Lieberman, 33, told HuffPost of the massive creature that’s been slinking around his house. “He’s every bit of 6-feet and every part of 100- to 150-pounds. He’s a monster.” I thought, ‘Wow, we got quite the lizard problem.’ “My wife was walking by our sliding glass door and let out a pretty loud scream,” he said. “I ran over and looked out the shades on the door and, lo and behold, Godzilla’s smaller cousin was right there. It was alarming to me and terrifying to my wife and kids.” At one point, Lieberman said, he decided to lure the monitor away from his door. That’s the moment, he said, that he realized just how big of a problem the lizard could be. “I was trying to lure it into my garage, so I could contain it, and it got a little aggressive,” he said. “He apparently got hip to my idea, turned on me and took off running.

Davie isn’t Tokyo ― and the lizard in question isn’t related to Godzilla (that we know of), but to show they weren’t losing their minds, the Liebermans took several videos of the giant lizard. It’s since been identified as an Asian water monitor. I thought this was a slow creature. Man, it’s not! That really frightened me because we have two small kids, 2 and 4 years old. They can’t go in the backyard now because this thing could dart out in an instant.” The Liebermans contacted the Florida Fish and Wildlife Conservation Commission, so far it has proved to be one slick lizard. “It’s not falling for the dead rats they’re using as bait.” The Florida Fish and Wildlife Conservation Commission has been trying for the past several days to capture the slinky monitor. “Originally, they were going to euthanize the animal, so that’s why I got involved,” said Mike Kimmel, owner of Martin County Trapping & Removals and Martin County Wildlife Rescue, who’s known as Trapper Mike, “I knew I could find a home for him, and I really wanted to preserve his life.” “There’s been some discrepancy as to whether it’s a Nile or Asian,” Kimmel explained. “I think the media wants it to be a Nile because then it’s a little scarier, but it’s an Asian water monitor.” On Tuesday, a neighbor claimed it was his lost pet, according to Lieberman and Kimmel. “I spoke with the supposed pet owner,” Kimmel said. “He told me its name is Bamboo and it escaped a few weeks ago. He said he kept it in his pool and that he has three others as well.