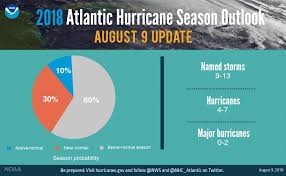 A man at a Planet Fitness in New Hampshire took off all his clothes and began exercising in the buff, police said, they found him in a “yoga-type position.” Eric Stagno, 34, was charged with indecent exposure, lewdness and disorderly conduct at a Plaistow location of the popular gym chain on Sunday afternoon. He was released on bail for an arraignment on the misdemeanor charges scheduled for Sept. 21, the  New Hampshire Union Leader reported . When officers arrived, they said they found Stagno in his birthday.” Apparently referencing their slogan, “The only comment he made was that he thought it was a judgment-free zone, Morgan said.

Morgan told the Boston Globe that although the gym was pretty packed with patrons, Stagno kept to himself and seemed unaware that he was upsetting others. He was arrested without incident. Some gym customers said they suspected Stagno was under the influence of something. “Some of the comments some witnesses gave were that they felt uncomfortable, disgusted, sick and unsafe,” “There were more witnesses coming forward than we could take names.”  Morgan told the Globe. Stagno “did have some drug paraphernalia in his possession,” but it was unclear if he was under the influence. No, I don’t think you should be at the gym naked,” gym member Kat Lancaster told New Hampshire news channel WMUR.  According to the Planet Fitness website, the chain promises a “Judgment Free Zone,” not a clothing-free zone,” Morgan noted to the Globe.

After The Arrest of Suspected Golden State Killer, Neighbors are Stunned in Sacramento Suburb

The Crow here for http://c4ocradio.com

The crush police vehicles, media trucks and yellow crime scene tape stood out in an otherwise quiet neighborhood of well-maintained two-story homes. neighbors in this Sacramento suburb watched stunned as a ranch house became a center of the investigation into the notorious http://Golden State killer. Authorities said the man who lived in the home — 72-year-old Joseph James DeAngelo Jr. “who, athorities say preyed on victims across California in the 1970s and 1980s.” — was arrested in connection with the slayings. Tuesday evening, local and federal authorities descended on DeAngelo’s beige, single-story home and remained there Wednesday morning, when they removed two cars, a boat and a motorcycle from the garage.

The suspect was a police officer in Auburn during the 1970s, but was http://fired after he was accused of shoplifting a hammer and dog repellent, according to a 1979 newspaper article.  He is suspected of committing some crimes while he was still on the force, but his arrest is related to a 1980 double homicide of a Ventura County couple according to law enforcement sources.‘ http://Golden State Killer’ Blamed for 12 Homicides, 45 Rapes Across California

You can read this whole story on http://KTAL 5 News website

The Crow is a contributing writer for http://c4ocradio.com