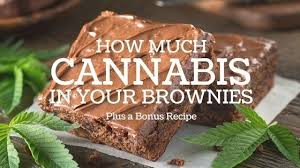 Police in Hartford, Michigan, are currently investigating how a batch of 12 weed-laced desserts were distributed at Hartford High School on Sept. 26. Michael Prince, a Hartford patrolman, who is investigating the incident, told local station WWMT it’s one of the stranger cases he’s seen. A cheerleader’s dream of becoming homecoming queen may have gone to pot, just because of a few marijuana brownies. “We are investigating two things. Number 1, some were put in goody bags for players, Number 2, they were used to obtain votes for the queen contest.” According to WWMT. “You always think you’ve heard it all and seen it all, and there is always something new to surprise you,” Prince told the station. According to a note posted on Facebook by superintendent Andrew Hubbard, an investigation confirmed several students received brownies laced with marijuana.

Michigan State Police heard about the alleged brownie bribes via an anonymous tip, according to CBS Chicago. “All individuals involved are being dealt with according to our District Policies and Student Handbooks. Hubbard wrote, we have notified the Hartford Police Department and are assisting them in their criminal investigation of the matter. High school staff members recovered three of the brownies and sent them to the state police crime lab for testing to confirm the presence of drugs. The desserts have been sent to the state police crime lab for testing. The remaining nine are unaccounted for, and were possibly consumed by students, according to local station WXMI TV. The cheerleader whom he said is the main suspect is currently out of state, reportedly dealing with a family emergency. He told WXMI he hopes to interview her when she comes back to town. Prince says any students who distributed the brownies could face felony charges.