A Wisconsin woman is facing felony drug charges, http://Desiree Webster, 20, was arrested June 25 in Shawano after police pulled over the 1997 Monte Carlo she was driving. police said they found about 82 grams of drugs in her vagina. Her companion, 39-year-old http://Jaral McCollum, a convicted drug dealer, was also in the car, according to The Smoking Gun. Police said McCollum’s M.O. was to travel with a woman who would slip the drugs into her vagina if police stopped them. Officers pulled over the car after getting a tip that McCollum might be selling heroin, cocaine, marijuana, meth and other drugs. According to local station WBAY-TV.  A police dog showed particular interest in the driver’s seat, where Webster had been sitting at the time of the stop. While corrections officer performed a strip search on Webster, she suggested there was something hidden in her vagina.

A CT scan of Webster’s pelvic area taken at a hospital showed something that looked like a plastic bag that was about the size of a human fist. “It’s common that you would see them inside of condoms, inside of bags, inside of Saran wrap. People try to get creative, and they try to pack as much as they can into a very small containers and it’s very common to see these containers or transport devices rupture,” and can cause death Murphy said. Officers said they found nearly 82 grams of drugs inside Webster. 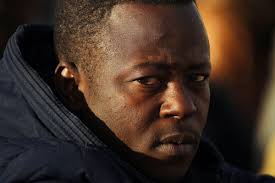