Posted on&nbsp2 May in Uncategorized 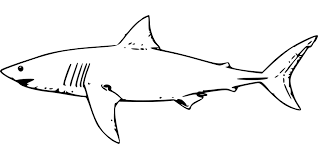 A shark, named Hilton by scientists, is a 12.5-foot, 1,326-pound great white that has been tracked by shark research organization http://Ocearch since he was tagged in March 2017, according to the Pensacola News Journal. His size may sound impressive but, he’s not that big, relative to other great whites, which can weigh several tons. The Twitter-famous shark turned up in a new location on Friday — near the Florida panhandle in the Gulf of Mexico. According to conservation group http://Oceana , Hilton does have about 29,000 http://Twitter followers — more than most sharks. Hilton’s tracker transmits a “ping,” to researchers when Hilton’s dorsal fin comes above the water surface. Hilton, named because he was caught and tagged near Hilton Head, South Carolina, “recently pinged in” from the Mexican Gulf, http://Ocearch wrote in a http://Facebook post. The group hadn’t tracked him to the Gulf previously.

White Shark Hilton recently pinged in from the Gulf of Mexico, a location we haven’t tracked him to before. We had Dr. Robert Hueter, http://OCEARCH Chief Science Advisor and Mote Marine Laboratory Senior Scientist, give us some insight. After spending nearly a year ranging up and down the Atlantic coast from Nova Scotia to Florida, Hilton, a mature male white shark, popped up in the Gulf of Mexico west of the Florida Keys 10 days ago,” http://Ocearch chief science adviser Robert Heuter said in the http://Facebook post. Heuter said Hilton is likely “doing a little fishing of his own” and “chowing down on the many fish of the canyon and shelf region there.”