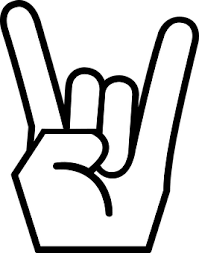 A German nursing home began to panic when they couldn’t find a pair of elderly friends anywhere on the grounds. Police later discovered the men at a heavy metal festival, “disoriented and dazed.”  The headbangers’ event, The Wacken Open Air festival near Hamburg is touted as the biggest metal festival in the world. The unidentified pals left the home in the rural Dithmarschen district and likely hitchhiked and took public transit to travel the 25 miles. Deutsche Welle reported. The two men nabbed before dawn Saturday were disappointed to miss the last day of the festival, the pair was sent back to the home in a taxi — escorted by a patrol car. tzehoe police spokesman Peter Berndt told http://The Washington Post, “we had to explain to them why they had to go home,” but in the end, they went back voluntarily.”

Festival organizers apparently loved their escapade and paid homage to the aging metalheads — without naming them — by noting on the event’s twitter site that there’s “no discrimination” against seniors … “because you’re never too old to rock.” The 29th annual festival in Wacken featured such acts as Danzig, Judas Priest, Cannibal Corpse, Hatebreed, In Flames, Arch Enemy and Eskimo Callboy to name a few of the headliners this year, and was attended by some 75,000 people. No word on the escapees’ alternative weekend entertainment but we say rock on boys.

biggest metal festival in the world.