Has The Pizza Rat Returned To The New York Subway? 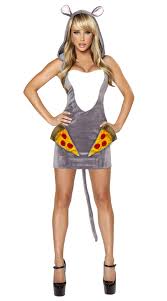 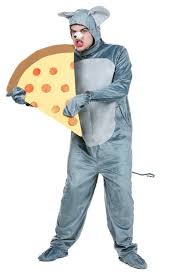 Some lucky New Yorkers had a celebrity encounter this weekend that can only be described as cheesy. A rodent was seen on a New York subway claiming a piece of pizza as his own. Is it the famed “Pizza Rat” filmed gorging on a slice three years ago.  Michael Courant filmed the encounter for http://posterit  “I was totally in shock!” Courant told http://InsideEditiion.com. The latest Pizza Rat surfaced on the downtown 6 train tracks at the Lexington Avenue/59th Street station. The “Pizza Iguana,” “Taco Squirrel,” and “Bagel Pigeon” were unavailable for comment. “Unfortunately   Michael Courant did not get Pizza Rat’s phone number, but I overheard him talking about how he loves Patsy’s Pizzeria,” he told Inside Edition.

“Everyone on the platform was in awe and pulled their phone out like we were seeing a UFO, no one seemed super grossed out, Many people acted like it was no big deal, which is standard protocol for New Yorkers.” The original Pizza Rat encounter struck a chord with many urban dwellers, for reasons best expressed by http://huffpost.com reporter Maxwell Strachan: Pizza Rat is the perfect metaphor for life in New York: He is hungry, he loves dollar pizza, he hates his life and he is trying to carry something that is way too heavy down the subway stairs because the elevator is broken. It’s almost too perfect.” Courant said he doesn’t believe this weekend’s pizza-toting rodent was the same one who went viral back in September 2015 but he jokes that, “he’s sure they are friends.” 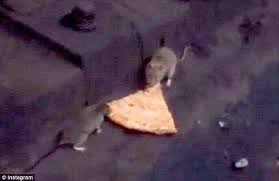