In Toronto News A Sex Doll Brothel Is Coming 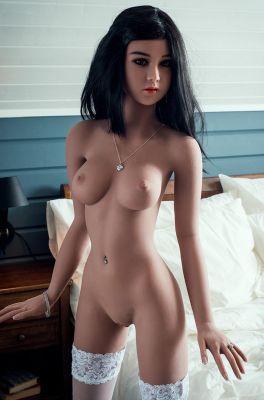 A nondescript Toronto shopping plaza is set to welcome a new tenant in September, it’s the first in North America to offer sexual services “with the world’s most beautiful silicone ladies.”Aura Dolls, promises to bring its patrons “an exciting new way” to achieve their needs “without the many restrictions and limitations that a real partner may come with,” The Brothel will operate alongside a nail salon, massage parlor and dry cleaner, according to there website. The company’s website states that it hopes each visitor can enjoy any fantasy or fetish “without judgment or shame, bringing the ultimate sexual experience.” Customers will be charged $60 to $742 for their time with the dolls and are promised that each is thoroughly sanitized between clients. “They put their payment down on the counter and they go straight to their room,”“We try to focus on the fact that since we have this service, for men who have these dark, violent fantasies instead of putting out the urge to act aggressively, they can do something like this which is safe for everyone,” Lee said.

Claire Lee, the company’s marketing director, told City News that there will be no human staff in the brothel section and that customers are unlikely to bump into a single person during their visit. “We don’t have staff there, just a camera. The payment is taken at the beginning, you go into the room, do your time and just leave.” While Aura Dolls might be a first for North America, the world’s first brothel showcasing silicon sex dolls opened in Germany last year. Owner Evelyn Schwarz had told the Metro that 70 percent of Bordoll’s customers returned for more and that, “for many, it is not a fetish but more of a curiosity.” Toronto City Council member John Filion told CBC/Radio-Canada that people in his community were concerned about the business and that, although he has “an open mind about what sort of behaviors people want to do, … people do all sorts of things that we kind of wish they wouldn’t in a perfect world.”