Is There An Easier Way To Make THC Vape Pens Safer: Legalize Weed 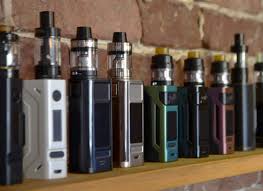 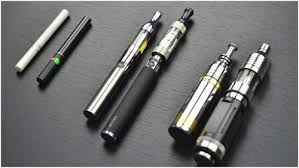 Over the past several months, seven people have died and nearly 400 others have gotten sick after using vape pens containing either nicotine or THC, the chemical in cannabis that makes you high. It’s causing a nationwide moral panic: Michigan’s governor enacted regulations that could result in 17-year-olds being hit with six-month jail sentences for every Juul pod in their possession. President Donald Trump has called for a similar nationwide ban on all flavored e-cigarettes. The demand for cannabis vapes has exploded over the past few years, and the illicit market has kept up with the trend. Consumers like vaping because it is more discreet and convenient than rolling a joint or carrying around a bong. Sellers like vapes too because the profit margins tend to be higher — especially on the illicit market, where sellers can save on costs by heavily diluting the THC oil. This haphazard “do something” approach ignores the fact that several of the people who got sick from vaping used pens filled with THC oil, which is already illegal in most states and under federal law. “Banning things — have we not learned that doesn’t curb use?” asked Jeffrey Raber, a chemist who founded a cannabis lab-testing facility in Los Angeles. Public health officials have not yet specified how many deaths and illnesses are linked to cannabis vape products — but there is only one known case involving a person who purchased a THC vape pen from a legal cannabis dispensary. Several of the other cases appear to involve people who bought illicit vapes, which are not subject to any regulations or testing. 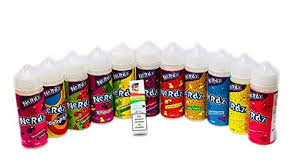 California now has the most rigorous testing requirements: Every cannabis product sold in a licensed dispensary is tested for 66 types of pesticides, heavy metals, microbial pathogens and potency. A more effective way to prevent people from using marijuana vape pens that could kill them or make them sick would be to legalize weed so that consumers could have the option to buy regulated, lab-tested products. The public health benefit of legalizing and regulating marijuana is not hypothetical — it’s already happened in states that have done it. Back in 2017, before California’s testing requirements went into effect, around 70% of clients that submitted their product to cannabis-testing lab Cannasafe failed to meet standards the lab was using at the time, according to Antonio Frazier, the lab’s vice president of operations. These days, only 3-6% of Cannasafe’s clients fail to meet the state’s testing regulations. that’s because failing these testing requirements is a huge pain for cannabis companies. Products have to be quarantined. The manufacturer can either destroy the entire batch or submit a “corrective action plan” to the California Department of Public Health, which decides whether or not to approve the plan. “Our fail rate was much higher when no one was required to do it the right way,” Frazier said. “Without regulation, people aren’t going to do what’s right. This has been true in almost all industries.” Legalization and regulation isn’t a perfect solution. There is still a thriving illicit market in California for consumers who don’t want to pay dispensary prices or who live far away from licensed stores.