Python Slithers Away, Winds Up In Man’s Toilet Miles Away 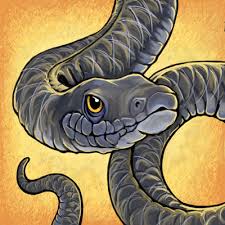 Virginia Beach resident James Hooper initially thought someone was pranking him when he noticed a snake’s head sticking out of his toilet, but the scaly intruder was all too real. And you thought someone leaving the seat up was bad. “The snake was moving around, its tongue doing a slithering thing,” Hooper told The Washington Post. He and his roommate, Kenny Spruill, didn’t want to touch the snake because they didn’t know if the creature was venomous or not. The reptile was about 3.5 feet long, according to The Pilot Online. The two men called animal control officials, who also thought the whole thing was a prank. 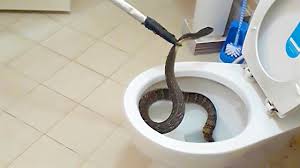 As it turns out, the snake was a female ball python, a nonvenomous snake species. Her coloring indicated she was of a variety bred to be a pet. Virginia Beach Animal Control supervisor Rebecca Franklin told News 3. “It’s what’s called a ‘pastel pied,’ so it has white on its body as well. It’s a lighter color, “Nothing that’s a wild snake here looks anything like what this snake looks like,” she said. Luckily, animal control was able to reunite the snake with her owners, who said she had been missing for two weeks. They saw Hooper’s Facebook post and recognized their lost pet. It’s not clear exactly how the escaped snake wound up in the toilet, which was miles from her home. It’s likely that the snake came into the house and crawled up into the toilet for a rest. 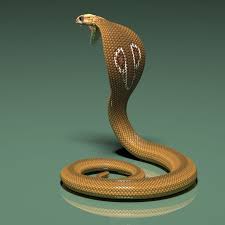