Watch Cats Run 10 Seconds Before An Earthquake Hits Do they know something we don’t?

Some of the cats begin moving about 10 seconds before any visible shaking, cats sense earthquakes before they strike? A video from a cat cafe in Japan shows some of the animals perking up and running across the room before a temblor last month. The incident took place on June 18, when a 6.1 quake shook the Osaka region. There have been reports over the years of some animals acting odd or fleeing earthquakes. Five people were killed and hundreds injured. http://SoraNews 24 reports that none of the cats in the footage from CAT Cafe CATchy in nearby Wakayama Prefecture were harmed. While it’s never been proved that animals can sense quakes before they strike, one theory is that they might feel very minor “p wave” shaking that would be imperceptible to humans. 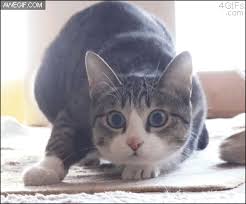 In the video, a small crack can be heard just a few seconds into the clip that seems to get the cats’ attention and causes some to start running. Even the ones that don’t run perk up at the sound: The full shaking begins about 10 seconds later. The cats in CAT Cafe CATchy and some of the nation’s other cat cafes are all rescues available for adoption, according to  http://SoraNews 24. Japan has an earthquake early warning system that pushes alerts and triggers alarms seconds before the shaking starts, so it’s also possible the cats heard something that wasn’t picked up by the camera’s microphone. 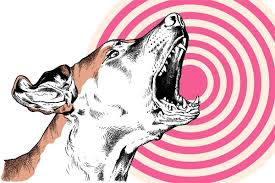